Prysmian Group North America is headquartered in Highland Heights, Kentucky, and operates 25 plants across North America focused on the telecom and energy markets.  The company’s mission is to provide customers with superior cable solutions based on state-of-the-art technology and consistent excellence in execution, ultimately delivering sustainable growth and profit.

Prysmian Group has its roots in Pirelli all the way back in 1879, taking the name Prysmian in 2005, and then Prysmian Group when it combined with Dutch firm Draka.  General Cable was founded in New Jersey in 1927 though the consolidation of several smaller firms; it moved its headquarters to northern Kentucky in1992.  Prysmian completed its purchase of General Cable in 2018; the global company (based in Milan Italy) has some 30,000 employees with operations in over 50 countries around the world.

Prysmian manufactures thousands of miles of underground and submarine cables and systems for power transmission and distribution, as well as medium and low voltage cables for the construction and infrastructure sectors. The company also produces a wide range of optical fibers, copper cables and connectivity systems for voice, video and data transmission for the telecommunications sector. 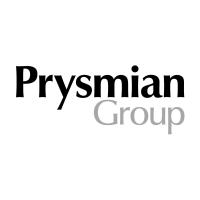