FC Cincinnati is an American professional soccer club based in Cincinnati, Ohio that plays in the Eastern Conference of Major League Soccer (MLS). The team succeeded the USL team of the same name and was announced on May 29, 2018, when MLS awarded an expansion franchise to Cincinnati. The team began MLS play on March 2, 2019 with its first match against Seattle Sounders FC. The club's ownership group is led by Carl H. Lindner III with Jeff Berding serving as President and Gerard Nijkamp as General Manager.

FC Cincinnati is striving to make a difference in Cincinnati, not just in terms of bringing championship quality play on the pitch, but also through its efforts of improving the Greater Cincinnati community off the field. Through the work of the FC Cincinnati Foundation, FCC has and will continue to support transformational change for Cincinnati-area children and impact positive differences in children in underserved communities. 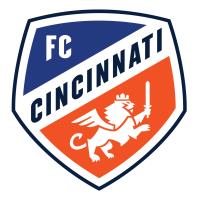