The Board of Directors of the European American Chamber of Commerce of Greater CIncinnati met for its regular quarterly meeting on Thursday, April 25.  After welcomes and introductions, the board reviewed and approved the minutes for its January 24 meeting.  In accordance with Article III (A)(vi) of the EACC Code of Regulations, the Board appointed Cierra Clymer of REDI Cincinnati and Chris Flaig of MCM CPAs to serve on the board for the remainder of 2019.

The Board continues to focus on implementing the recommendations of the Voice of the Customer (VOC) report.  In this regard there was first a review of the ongoing work to reenergize the French American Business Alliance, building on the success of the l'Aperitif event hosted by Graydon on April 8.  Along the same lines, Executive Director Schwartz noted that Italian Consul Maria Manca (from Detroit) will be in Cincinnati May 17 as part of an EACC effort to establish a new "Italian Committee" within the EACC.   And finally, Schwartz encouraged establishing two 'working groups' (including board members and others) to address recommendations within the VOC Report) relating to membership levels and benefits, and to EACC programs and services.  Schwartz said the goal was to develop a new package of membership benefits and services that could be rolled out with the 2020 Membership Renewal cycle in October.
Finally, the board reviewed plans and cost estimates for a complete update and significant upgrade to the European Investment Map (last updated in March 2016).  After reviewing the details, the Board moved to defer any further action on the project until a fully fleshed out plan for containing costs and securing  financing for the project has been reviewed and approved by the Executive Committee and the Board.

The next scheduled EACC Board meeting is scheduled for Thursday, July 25. 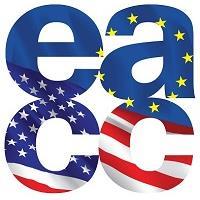