Experienced Diplomat Speaks Out on Brexit

Ambassador Charles Ries had a three decade career as an American diplomat. He was my boss when he served as Coordinator for Economic Transition in Iraq at the U.S. Embassy in Baghdad (2007–2008), where he was responsible for oversight of assistance and economic policy initiatives. He served as U.S. Ambassador to Greece (2004-2007), and Principal Deputy Assistant Secretary of State for European Affairs (2000–2004). Ries oversaw economic sections at U.S. Embassy London and the U.S. Mission to the European Union. He served as Deputy Assistant U.S. Trade Representative for North American Affairs and was a member of the NAFTA negotiating team.  He is currently Vice President, International, at the RAND Corporation, where he oversees RAND's international offices and relationships, as well as a senior fellow whose research has focused on the economics of development.

Ambassador Ries spoke to the Cleveland Council on World Affairs on May 16, 2017 about the impending departure of the United Kingdom from the European Union (the so-called "Brexit").  He noted that first and foremost the negotiation should be seen as a political one, with the British on one side trying to regain a sense of sovereignty, and with the remaining 27 EU member states working to ensure the preservation of the union.  He also underscores the importance of the negotiation for the United States for not just our economic interests, but also for our political and security interests.

Please click here to view the text of the speech.

I'd be interested to hear your reactions to his comments. 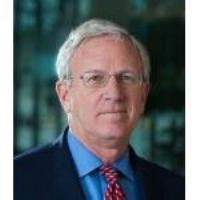