The EACC Board of Directors met for its regular quarterly meeting at the Cincinnati USA Regional Chamber on Thursday October 26.  Board Chairman Doug Moormann  called the meeting to order by highlighting a number of key EACC accomplishments in the past few months before calling for approval for of the minutes of the July 27 Board meeting.

Todd introduced his former colleague Whitney Baird, who currently serves as Office Director for European Union and Regional Affairs at the Department of State.  Ms. Baird (via teleconference) spent a few moments reviewing a number of key issues in the U.S.-EU trading relationship, including economic sanctions policy; U.S. concerns about European efforts to create a ‘digital single market; the future of the Transatlantic Trade and Investment Partnership (TTIP); and Brexit.

Bobby Spann updated board members on events at CVG, including the 8/23 announcement of new transatlantic service by WOW Air.

The Board unanimously approved proposed amendments to the EACC Code of Regulations.

Paul Miklautsch of EACC Member Start Something Bold explained the work his firm does and its proposal to undertake a ‘voice of the customer’ study for the EACC.  Following his presentation the Board discussed the merits of the proposal and instructed the Executive Committee to determine next steps.

Executive Director Schwartz quickly reviewed a number of past and ongoing initiatives, reminding board members that the next board meeting on November 16 will coincide with the annual meeting where the 2018 Board will be elected – and then be followed by the Beaujolais Nouveau celebration.

Draft minutes of the meeting have been circulated to all board members; the final version of the minutes will be available to the general membership once they are approved by the board on November 16. 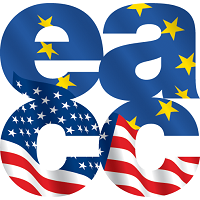